So I’m making that big move from building circuits with mainly though hole parts and breakout boards to working with surface mount parts.

I’ve read a lot of articles on surface mount prototyping and I have a lot of respect for the hand soldering ninjas that can work with crazy small SMD parts. But I've built up a bit of an opinion about working with surface mount technology.

Surface mount technology is designed to be assembled using pick ‘n place machines and soldered using reflow ovens. So the best way to prototype with surface mount parts is to make a workflow as close to the manufacturing process as possible. After all its what the parts have been designed for.

I’ve always felt that the key thing in any job is having the right tools. Sure you can do jobs with other tools but it’s always more effort, usually frustrating and often a poorer result.

So the pick and place thing I’ll talk about in a while this update is about reflow ovens. 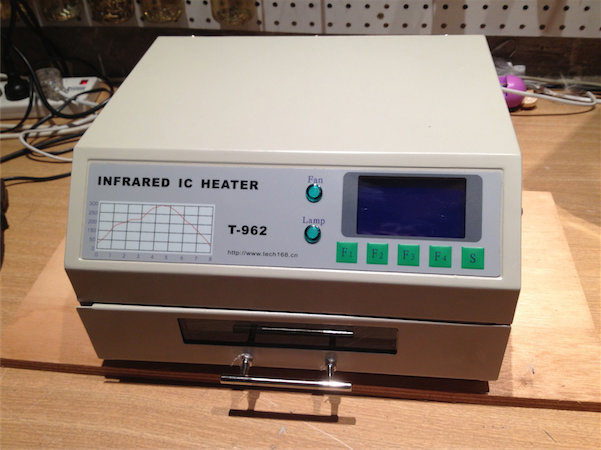 So I went for the cheep Chinese T-962 reflow oven. I’ve read good and bad things about the units, seems mostly luck of the draw. One thing I did do before running it the first time was to rip it apart and replace the masking tape with Kapton tape following the advice from this instructable. 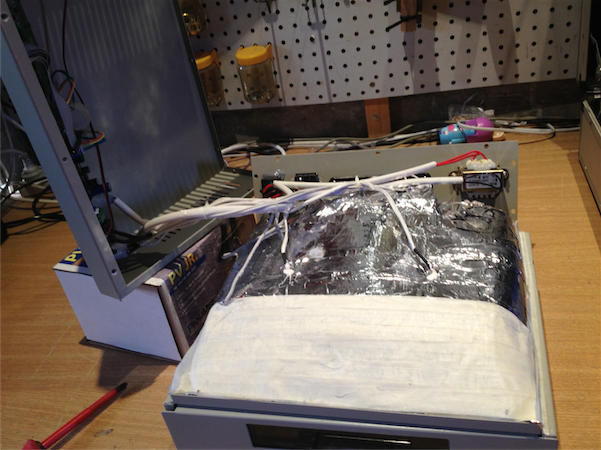 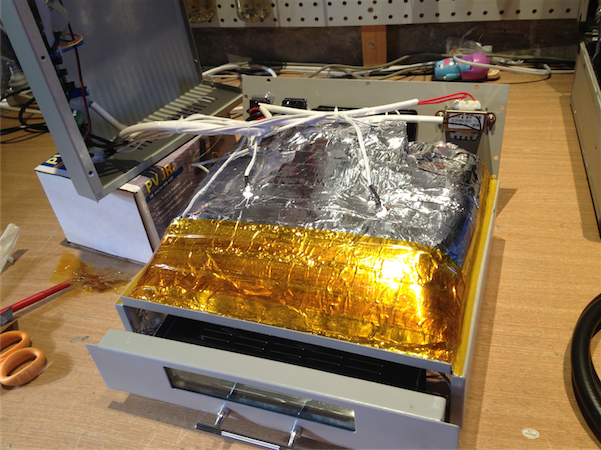 Now it looks much better more “Apollo Space mission” than before.

I’m aware of other hacks on these ovens and controller upgrades that cost as much as the ovens. I’m not planning on any further changes other than some kind of fume extraction unless I have problems with reflowing larger boards.